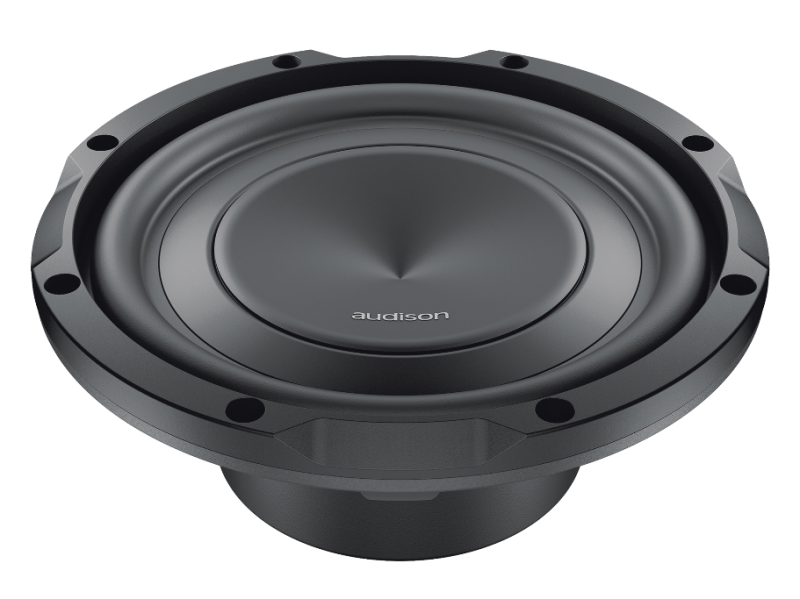 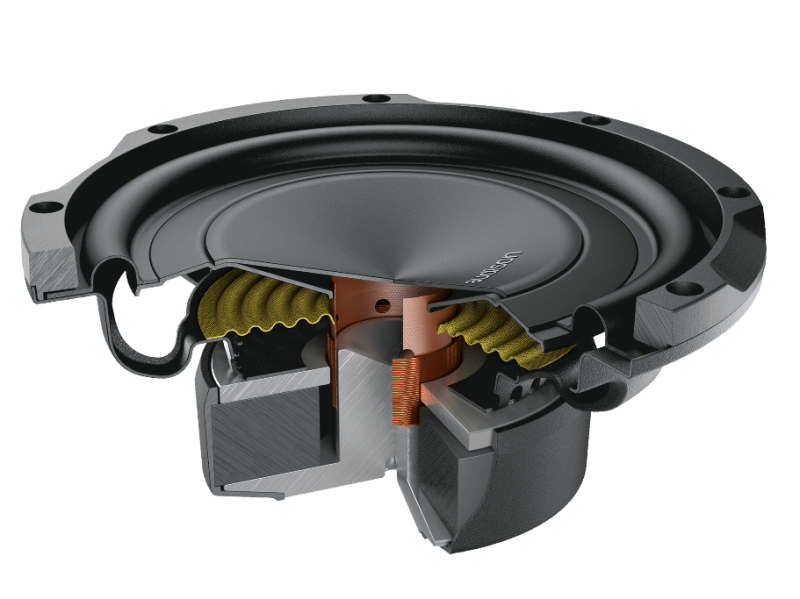 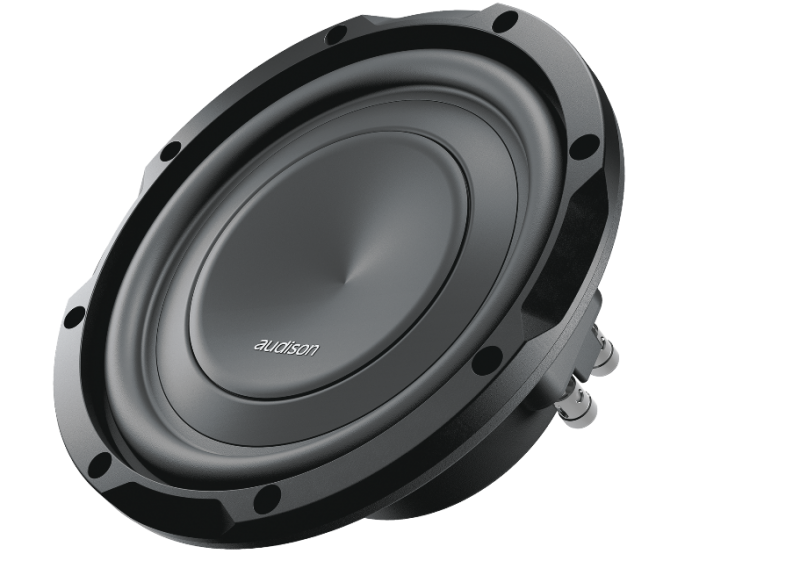 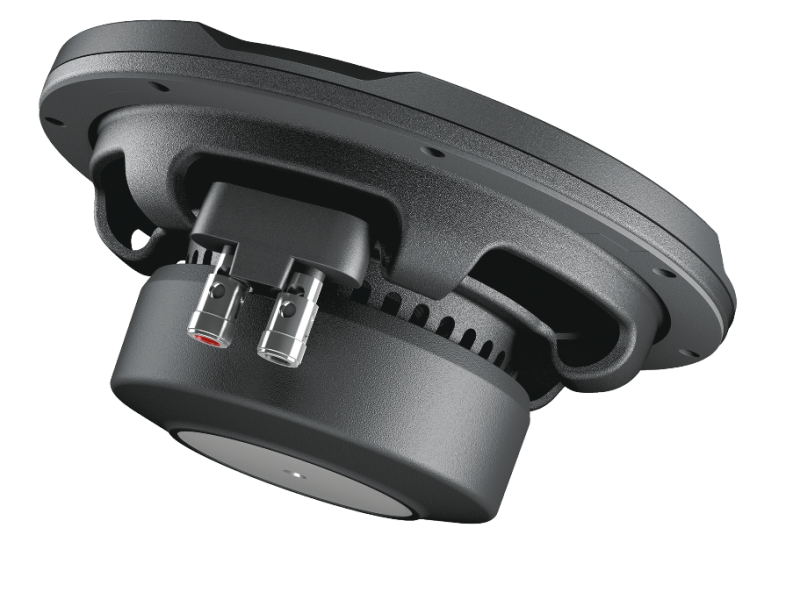 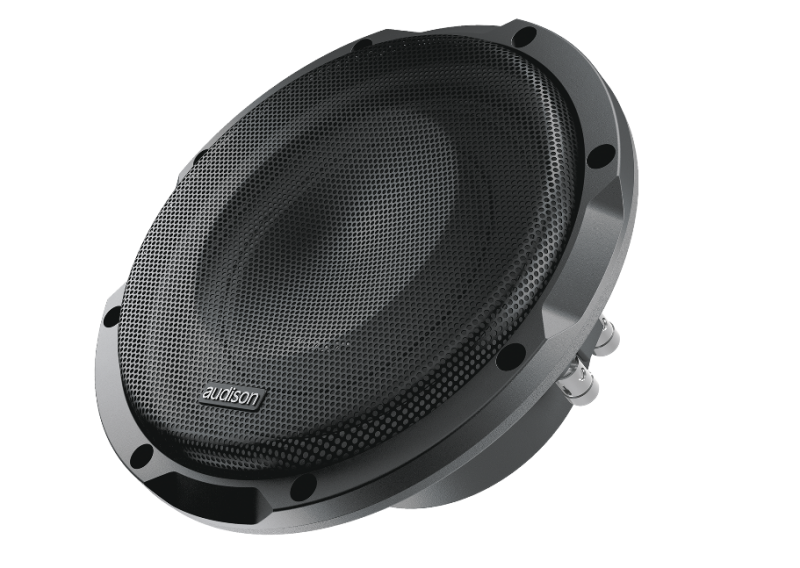 With the aim of providing high acoustical output even when used with lower power, the APS 8 R was designed for use in an 8.5-litres reflex enclosure, with tuning between 30 and 40Hz. The APS 8 R has been specifically developed to be combined with either the AP8.9 bit or AP4.9 bit / AP4 D. Prima subwoofer components have been developed with a primary goal: to deliver high output in tight spaces. Output is a matter of excursion; the more air the cone moves, the more output. However reduced mounting depth traditionally has meant low excursion. Prima subwoofers employ a special cone-dustcap-basket geometry which guarantees large excursion of the mobile group, while keeping the mounting depth to a minimum. The surround and spider have been carefully designed to prevent the “rocking-mode” phenomenon. The cooling circuit has been designed with air vents on the basket underneath the spider, eliminating the need for vents on the bottom-plate. This allows the subwoofer to be mounted close to the back wall of the enclosure, making the most of the reduced mounting depth.